In a fast-moving market environment, the past is an inadequate predictor of the future. Market participants often rely on historical prepayment data to discern patterns in borrower behavior, either assuming those would stay the same or using broad heuristics to adapt them for the future. With its deep-learning loan-level model, Infima’s reliable predictions could equip market players with more nuanced insights about future prepayment behavior. Imagine forward-looking S-curves and servicer rankings that investors could trust.

To determine if using Infima’s forward-looking approach produces superior results, we look at FNCL 30-year pools across servicers starting in January 2019. The goal is to predict the average prepayment behavior for every servicer over each rolling six-month window to come. There are two approaches: one uses the mean of Infima’s short-term conditional prepayment rate (CPR) projections for the upcoming six months, while the other takes the mean of the CPR realizations in the past six months without any adjustments.

We then run a correlation analysis between the observed speeds over the next six months and the predictions using each of the two approaches:

Exhibit 1: Infima’s predictions correlate more strongly with realized speeds than historical speeds do. This chart shows the correlation between realized CPRs and predicted CPRs based on Infima's approach (blue) and the historical approach (red), respectively. 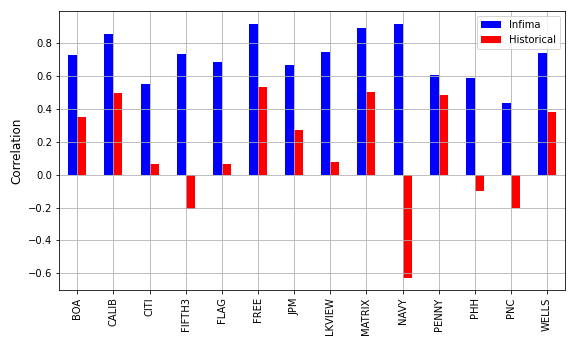 Notes:​ Due to the rolling window, the effective period for the results is July 2019 to June 2022 since​ the first 6 months of realized CPR from January 2019 to June 2019 were needed for the historical approach and​ the last 6 months of realized CPR are observed in June 2022 through November 2022 for evaluation. In this analysis, we use historical 1 to 6 months ahead predictions from the live model​ and exclude servicers with less than 10 observations​.

Another analysis to visualize the benefit of using Infima’s predictions is to compare S-curves. With refinancing incentive – defined as the difference between the original mortgage rate and the prevailing market rate – on the x-axis, these plots demonstrate the trends in prepayment rates across ranges of incentives. We plot forward-looking S-curves using Infima’s predictions and S-curves using historical speeds and compare them with the realized S-curves.

As Exhibit 2 shows below, S-curves using Infima’s predictions are much closer to the realized S-curves than those relying on historical speeds. In the case of Quicken, Infima’s predictions track realized speeds across incentive buckets, whereas historical speeds seem either too volatile for the negative incentive buckets or heading in the wrong direction for borrowers near the money. In quantified terms, Infima’s Mean Absolute Error (MAE) is only 0.03, whereas the MAE for the historical approach is more than five times as high at 0.16. Such is also the case for Wells Fargo, where Infima’s predicted S-curve achieves MAE as low as 0.025 while the historical S-curve has MAE twice as high at 0.05. When we look at the second part of Exhibit 2 below, we confirm that Infima's S-curve for Wells Fargo far better resembles the flatter S-curve of realized speeds. 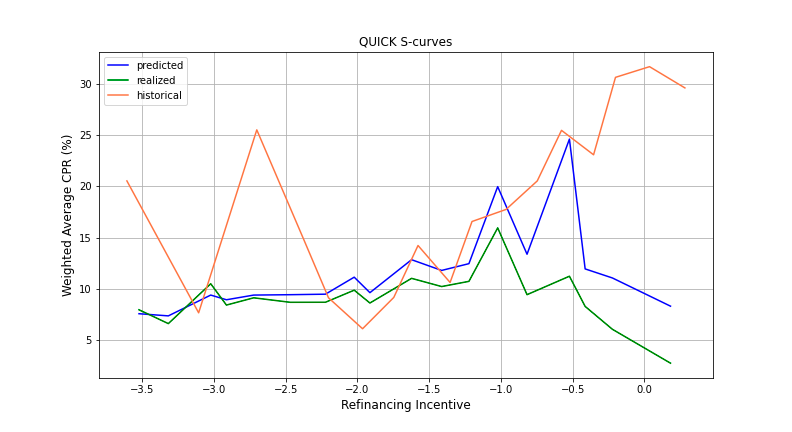 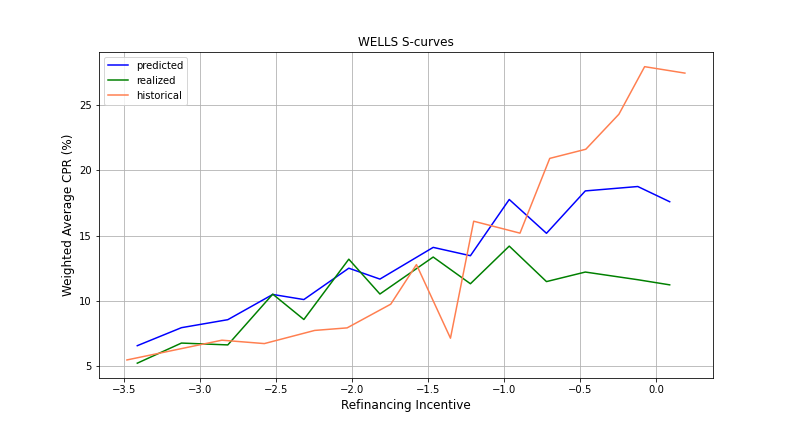 Notes: For this analysis, we used a $1M pool UPB cutoff. The predicted S-curve (blue) is based on Infima’s 1-month ahead predictions for June through August 2022. The realized S-curve (green) is based on the realized CPRs for June through August 2022. The historical S-curve (coral) is based on the actual CPRs from January 2022 to May 2022. All S-curves were smoothed by adjusting the bucket size of the refinancing incentives on the x-axis. The Mean Absolute Errors (MAE) are computed on as many data points as there are available for realized speeds, with interpolation applied to historical speeds for proper comparison per incentive bucket.

Accurate S-curves are crucial for pool selection, for instance, to find those whose prepayment speeds are the most sensitive to changes in rate incentive. It is better to plot forward-looking S-curves than historical prepayment rates because past performance can quickly become stale in an uncertain rate environment. Infima’s predictive model is based on historical performance but trained on more than 20 years of data; it has learned to apply the historical periods that are the most similar to the near future and weighs those differently in its projections.

In a rapidly shifting market, Infima’s intelligent machine may just be what investors need to gear up for the new year. 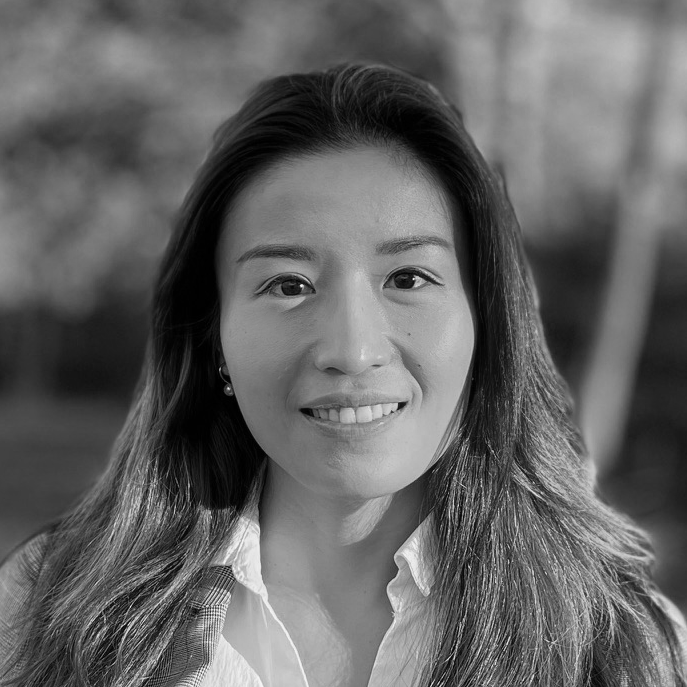 Jinzhao Wang is Infima’s Head of Client Solutions. Based in New York, her experience spans trading, strategy, and quant modeling for structured products focusing on MBS. Before joining Infima, Jinzhao traded MBS, co-managing a book of specified pools and TBAs at Mitsubishi Securities. Jinzhao previously served as an investment strategist analyzing CLOs and MBS at Amherst Pierpont Securities. Before that, she worked as a data scientist in academia and start-ups.

Jinzhao earned an MS in Finance and Management (2016) from the European School of Management and Technology and a BA in Applied Mathematics (2014) from Harvard College. 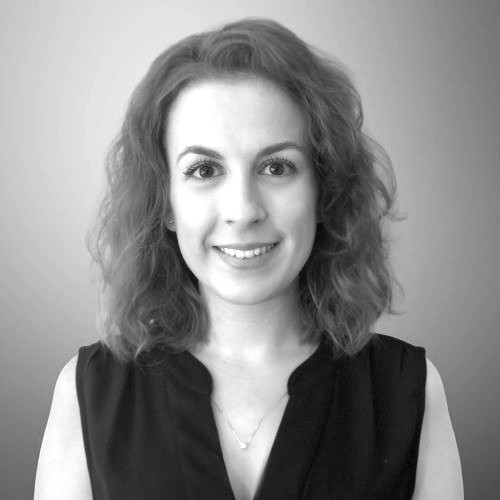 Lilian is a Quantitative Analyst at Infima. She builds mathematical and statistical models and performs advanced analyses offering actionable insights to mortgage market participants on the buy- and sell-sides.

In the past, she has gained experience through internships in the fields of IT Advisory and Private Wealth Management.

Lilian graduated in 2021 from Stanford University with a Masters in Mathematical and Computational Finance. She also holds a Diploma in Electrical and Computer Engineering from the National Technical University of Athens.